Newmindgroup, the mad geniuses behind Pillow Fight Day, are hosting Bubble Battle 2015 in cities around the world, including our very own Toronto. 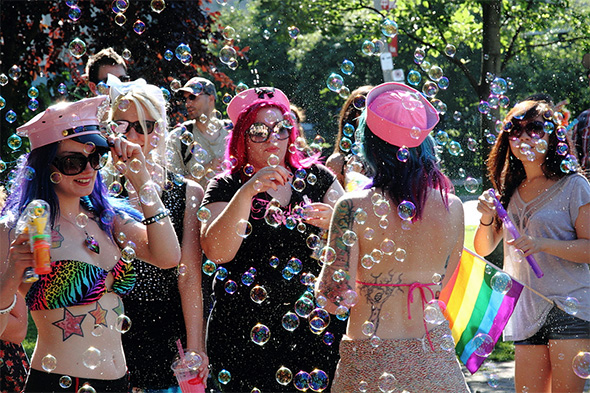 Loosely based on Dr. Seuss's The Butter Battle Book, in which thousands of furry bug-eyed creatures are presumably slain by dairy (we haven't read it), the event organizers encourage participants to bring and/or build their most outlandish bubble-slinging gear. We have no idea how the winner in a battle is declared when everyone uses ephemeral, lighter-than-air ammo, but we imagine it's down to counting the corpses at the end of the event.

The Facebook event page for Bubble Battle 2015 is here.

Man Wins the Rose Festival Medallion with Only 6 Clues