Here are more details on the fugitive treasure hunter Tommy Thomson, who used investor money to find fabulous riches in a sunken ship, and then absconded with the money! Then he and his girlfriend evaded police using techniques they learned from a book about evading police, until they were finally captured by US Marshals! 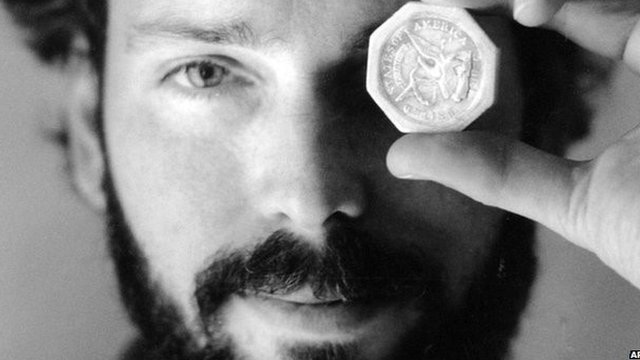 According to a report filed by a U.S. Federal Marshall, a handy man hired by Thompson found a book in Thompson's home titled "How to Be Invisible" that detailed how people can evade law enforcement.

Hot tip for police next time they find themselves in this situation: look for the guying paying for things with golden pirate doubloons.

If they don't turn this story into a movie, we just don't know any more.

Take the Booty and Run

Treasure, I Do Declare