CBC News has an absolutely fascinating story about an old folks' home near Amsterdam called Hogewey that caters to people with severe dementia. The home is an idyllic community where residents can do their shopping, ride bikes, and sit on park benches, without being constantly told every day that their spouses have died, or that this woman is their daughter, or that they're losing their minds. 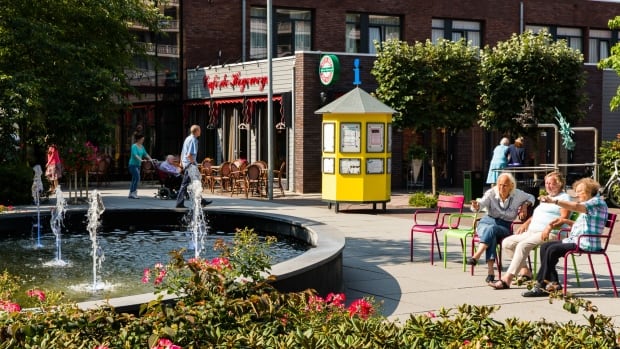 Residents can check out any time they like, but they can never leave:

Some nursing homes have built fake bus stops outside their facilities... When patients want to leave the facility and go home, health-care workers take them to the bus stop. After a while, caregivers can distract the person, presumably taking advantage of the fact that they have forgotten where they were going, and bring them back inside.

It's a deliberately deceptive setup created to make the waning years of an Alzheimer's sufferer more pleasant, instead of inflicting freshly-forgotten horrors on the poor people every day. Now that the concept is bing replicated by other care facilities worldwide, it brings up really meaty ethics questions. Is it okay to lie to Alzheimer's patients? The story so perfectly suits a real-life Total Recall retelling that's we're dying to write it up right now!

A Wrinkle in Crime

Forrest for the Tease